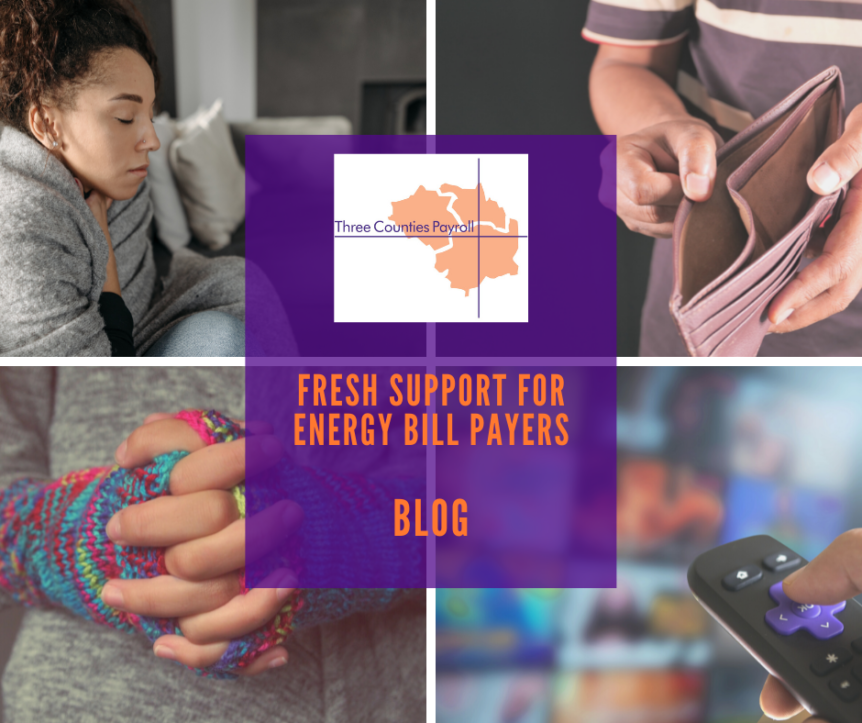 Energy bill payer support is on it’s way! This follows the announcement that energy bills are poised to rise significantly after regulators raised the price cap which sets the maximum suppliers can charge.

How will this affect the average household?

This means that from April 1 the energy price cap will increase by 54 per cent for approximately 22 million customers. Furthermore, according to Ofgem, the average household will pay £1,971 for their gas and electricity for the year – a leap of £693. An average pre-payment customer will see an increase of £708 from £1,309 to £2,017 a year.

Thankfully, if you are on a fixed term energy tariff, your existing rate will continue to apply until the deal ends.

The price cap sets the top rate suppliers can charge per unit of gas and electricity. It is not a cap on overall energy bills, which will still rise or fall depending on how much you consume.

From April 1, electricity costs are capped at 28p per kWh for electricity and 7p per kWh for gas. Businesses on commercial contracts are not protected by a cap. Unless wholesale energy prices fall, the cap will increase again in October, with experts predicting it will hit £2,300.

What are the governments energy bill payer support measures?

The government has announced the following support measures: