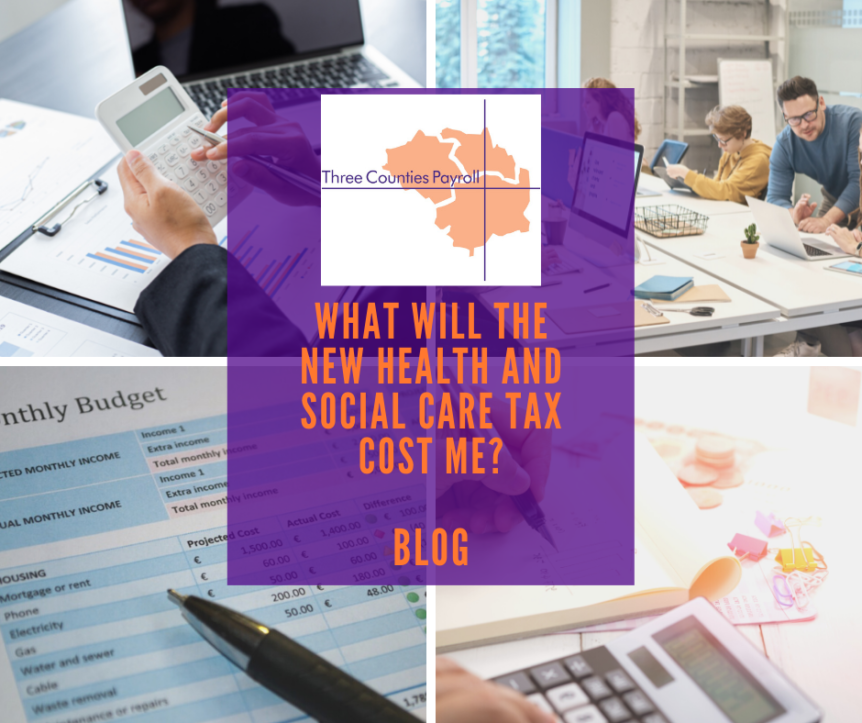 The effect of the National Insurance rise to help the NHS recover after the pandemic and fund social care in England is upon us.

Employees, employers and the self-employed will all pay 1.25p more in the pound for NI.

But from April 2023, National Insurance will return to its current rate.

Instead, the extra tax will be collected as a new Health and Social Care Levy. Unlike NI, state pensioners who are still working, will also pay this levy.

We’ve rounded up some key facts about the imminent changes. If you have any queries about how you or your business will be affected, call the Three Counties Payroll team on 01905 622245.

How much will the tax changes cost me?

What is the increase for?

The government says the changes are expected to raise £12 billion a year. Initially, this will go towards easing pressure on the NHS. A proportion will then be moved into the social care system.

Older people and those with high care needs will get help with everyday tasks such as eating, taking medication, washing and getting dressed.

The aim is to make sure people in England pay no more than £86,000 in care costs from October 2023. this does not include accommodation and food.

Local authorities will pay for your care, if you have a high level of need and savings and assets worth less than £23,250.

Below that level the amount you pay reduces until you have less than £14,250. At this point the council pays for your care if you qualify.

Why are some people unhappy with the increase?

There are concerns the increase will have a higher impact on lower paid workers.

If your income rises above £50,000, NI takes a smaller proportion of your wages.

More information about the NI rise and Health and Social Care levy is available via the Government’s website.

The Institute for Fiscal Studies (IFS) website also has some useful facts and figures.